Your smartphone will be buzzing a little more than usual this week as emergency management officials test a new national public alert system. 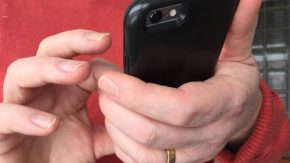 Test signals are to be sent to millions of mobile users in Quebec just before 10am Monday and across Ontario at 1:55pm Monday.

Cellphones, tablets and other devices will receive the signal in most of the rest of the country on Wednesday.

Depending on settings, users with compatible devices connected to an LTE network will hear a tone similar to an ambulance alarm or feel a vibration for eight seconds.

Devices that are turned off won’t receive the signal but phone users will hear their conversations interrupted by a sound similar to a call waiting tone.

The Canadian Radio-television and Telecommunications Commission ordered wireless providers to implement the system to distribute warnings of imminent safety threats such as tornadoes, floods, Amber Alerts or terrorist threats. Radio and TV stations will also run the tests.

A similar system is already used in the U.S., and made headlines earlier this year when an emergency staff member in Hawaii mistakenly sent an alert about a potential incoming ballistic missile.