MARKHAM PROMOTES ITSELF FOR HQ2

Next time you’re in Markham you may notice some cheeky new signs describing the city as the possible future home of the new Amazon HQ 2. 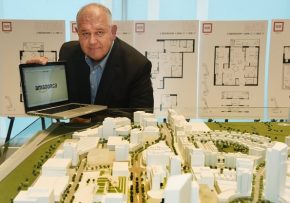 Markham Mayor Frank Scarpitti says nothing is official just yet but he’s taking a page out of Amazon’s own play-book.  He says Amazon pushed the envelope by doing things that revolutionized the industry and doing so, became mega successful.

Markham is just one of the cities making up the GTA wide bid for the next headquarters of the internet giant.  Amazon is promising its new HQ project will inject $5-billion dollars into the economy of the host city and create some 50,000 jobs.