A 60-year old New York-based, Toronto-born photographer has won the $50,000 Scotiabank Photography Award in recognition of her portrayals of “unseen, ordinary and often overlooked moments.” 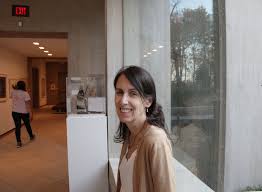 As a result, Moyra Davey’s work will be exhibited at the Ryerson Image Centre during the 2019 Scotiabank CONTACT Photography Festival and a book of her work will be published.

The award, which was founded in 2010, is billed as Canada’s largest photography prize. It goes to a Canadian mid-to-late career artist with the goal of helping them reach the next level of national and international recognition.

Davey’s work is in the collections of New York’s Museum of Modern Art and Metropolitan Museum of Art, the Tate Modern in London and the Art Gallery of Ontario in Toronto.

The other runners up for this year’s award, Greg Staats and Stephen Waddell, each receive $10,000.