This is good news for TTC riders.

Members of the Toronto Transit Commission have approved interim measures to manage what’s being called historic overcrowding on the line one subway. 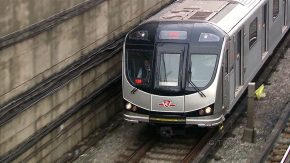 Starting in September, the plan adds a third train along the Yonge-University line during rush hours which will boost capacity along the line by 3300 to 3600 passengers an hour. Currently, some 28,000 to 30,000 riders travel south of the Bloor-Yonge station every hour during the morning rush.

It also calls for seven new express bus routes to be introduced between 2019 and 2021, which was an initiative that was previously announced by Mayor John Tory but requires approval by the board to take effect.