ARDEN ACCUSED OF BEING "INSENSITIVE"

An advocate for the Alberta oil sands is calling for a boycott of an upcoming Jann Arden concert in Fort McMurray, unless she apologizes for being insensitive. 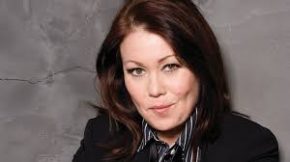 Two years ago the 55-year old Canadian music icon criticized the Alberta government over its policy of rounding up wild horses on Crown land, saying the horses don’t do as much damage as the “tar sands” (the derogatory, original term for the oil sands).

Robbie Picard has a Facebook page called “OilSands Strong” and he says Arden should be held accountable and if the “tar sands” are so bad she shouldn’t take the “dirty oil Money” for her show.

In response, Arden tweeted last night “Not sure why a tweet from 2016 was dug up but I’ve got WAY WORSE ONES than that.”

Arden is scheduled to play Fort Mac at the end of October.