The Tony Award-nominated musical “Frozen” will hit the road next fall, kicking off a North American tour with an official opening at the Pantages Theatre in Los Angeles. 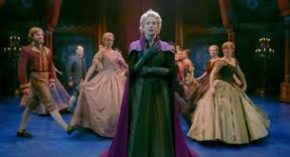 “Frozen” opened on Broadway in March with Hamilton native Caissee Levy in the lead role.