The mayor of Toronto is calling on the federal and Ontario governments to take action – to relieve the growing pressure that refugee claimants are putting on the city’s shelter system. 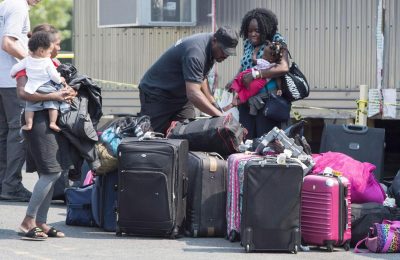 John Tory says 10 new refugee claimants are added to the city’s shelter system each day – and more than 300 people have arrived – since he appealed for help late last month.

Tory says the city will have to open an emergency reception centre over the next week – to deal with the influx.

The mayor says he wants co-ordination and leadership from Ottawa and Queen’s Park – to help with the immediate placement of new arrivals – outside of the city’s shelter system.