The former leader of Ontario’s PC’s is fighting back against current leader Doug Ford – in a lengthy letter in the Toronto Star. 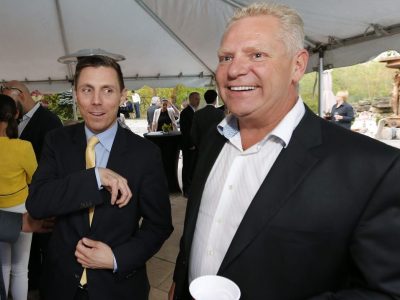 Patrick Brown is refuting the claim that Ford inherited a mess – when he took over as leader.  The ousted former leader says, in fact, the opposite is true – and he points to the success of the party under his leadership.

Brown refers to a 20 point lead in the opinion polls which has shrunk in recent weeks – the most money ever in party coffers – a great slate of candidates – and his People’s Guarantee, a platform that was well received.

Brown will  likely have more to say in his new book scheduled for November titled Take Down: The Political Assassination of Patrick Brown.

The letter comes as the PC’s are dropping in public opinion polls – while the NDP continues to surge.