The Canadian half of the comedy duo that put the spotlight on marijuana back in the 1970’s is 80-years old today. 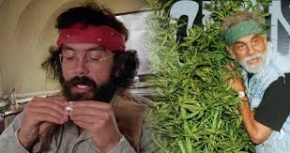 Tommy Chong was born in Edmonton, hooked up with Cheech Marin as part of a comedy team in Vancouver and went on to find a wide audience in the 1970s and 80s for their stand-up routines and movies.  They also won won a Grammy Award for their studio recordings.

In 2003 Chong was imprisoned for nine months for conspiring to distribute handcrafted bongs which the U-S government declared drug paraphernalia.

He now markets his “Chong’s Choice” brand of marijuana which is available in legal dispensaries in several American states.