CRAIG AND BOYLE TO TEAM FOR "BOND 25" 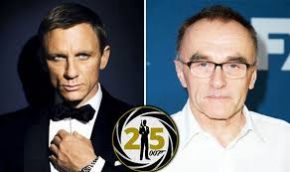 That’s when the 25th installment in the Bond Franchise  is due for release in the United Kingdom.  The date was confirmed after Oscar-winning director Danny Boyle signed on to direct Daniel Craig in his final turn as the British secret agent.

Boyle and Craig have worked together once before. They collaborated on that spoof involving Queen Elizabeth II and Bond parachuting into to the opening ceremony of the London Olympics in 2012.

Production is set to begin on December 3rd. The film will be released across North America November 8th.