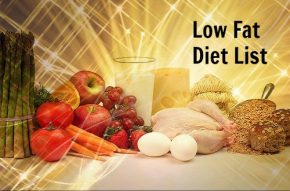 Scientists and nutritionists with the Women’s Health Initiative Dietary Modification Trial followed 48,000 postmenopausal women between 2005 and 2015, putting half on a low fat diet and half on a normal diet.

More than 1700 of the women were eventually diagnosed with breast cancer.

The results published in JAMA Oncology found up to 11 years after diagnosis, the estimated 10 year survival rate for the low fat group was 82 per cent, compared with 78 per cent in the normal fat group.

And pf the total 516 early deaths, with breast cancer the most common cause, 174 were in the low fat group as opposed to 342 deaths of those on the normal diet.