Toronto Councillor Michael Thompson is under fire for more than $75,000 in expenses he claimed as chair of the city’s economic development committee. 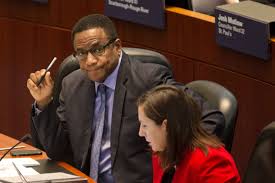 In all, Thompson spent $75,338.00 to travel around the world in 2016 and 17; a total higher than any previous committee chair or city councillors including the the mayor.

Claims include the full travel allowance for food and other expenses even when meals were provided, and steep cell phone roaming charges.

Thompson says the the money was well spent and expects every public dollar used for travel, to be multiplied many times over in future investments.

For instance, Thompson says he met with business owners in Brazil and China who have since set up locations in Toronto and says the tech conference “Collision ” which is coming to Toronto for three years, starting next year, will eventually generate $147 million  of economic activity.