Here are some number that are sure to dismay female artists.  An analysis of sales data by Art Newspaper shows that of the top 100 artists whose works fetched the highest amounts at auction in 2017, just 13 were women. 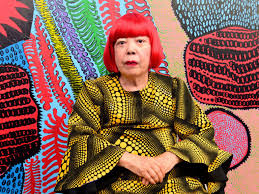 The top female artist was 89-year old Yayoi Kusama. The Japanese artist’s works sold for more than $65 million, placing her 13th on the list. In all there were only 13 female artists in the top 100 and they’re sales accounted for $263 million or just over 7% of the total

The Art Newspaper’s Anna Brady says she was “depressingly unsurprised” by the information.

Leonardo da Vinci was atop the 2017 auction rankings, thanks to the $450million sale of his Salvator Mundi painting last November.