The 45-year old Toronto woman whose allegations resulted in criminal convictions against Bill Cosby has made her first public statements in the case. 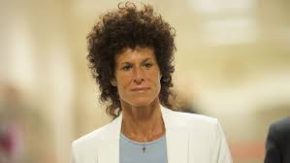 Andrea Constand was a basketball administrator at Temple University in Philadelphia when Cosby drugged and assaulted her in 2004.

Constand spoke to NBC News in her first interview since the jury convicted Cosby of three counts of aggravated indecent assault.  She said, “My mind is saying, ‘Move your hands. Kick. Can you do anything? I don’t want this. Why is this person doing this?’ And me not being able to react in any specific way.”

Cosby is currently confined to his home awaiting sentencing September 24th and could face between 5 and 10-years in prison.