POET DAVID McFADDEN PASSES AWAY AT 77 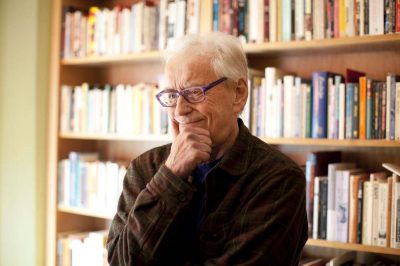 Canada’s poetry community and poetry lovers around the world – are mourning the loss of Toronto poet David Mcfadden. The news of his passing comes just a day before the award of the $65,000 Griffin prize for poetry – which Mcfadden was nominated for in 2008 – and which he won in 2013 for his collection What’s The Score?

A statement on the Griffin Trust website says in part that the organization is deeply saddened by Mcfadden’s death – and makes reference to “the countlesss lovers of poetry who were delighted by his wry, perseptive words and were privileged to experience his wit, intelligence, kind mentoring, friendship and inspiration.”

Mcfadden was born in Hamilton in 1940 – and was the author of more than 30 collections of poetry, three works of fiction – and several travel books.

He was diagnosed with Altzheimer’s disease in 2012 and died today at age 77.