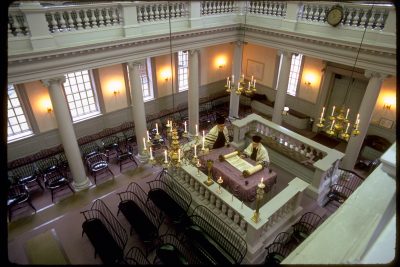 A U.S. federal appeals court has let stand a decision – that removed control of the oldest synagogue in the United States from its congregants – and put it in the hands of a New York congregation.

The 1st U.S. Circuit Court of Appeals on Thursday declined to grant congregants at Rhode Island’s Touro Synagogue a rehearing – in a lengthy ownership struggle with the New York synagogue over Touro – and a set of ceremonial bells worth millions.

The congregation at the synagogue – which was dedicated in Newport in 1763 – asked the full court for a rehearing. The Rhode Island Attorney General supported the request – and said the decision ignored state law – and strips the local Jewish community of the historic site.