Jury selection begins today in the trial of a Hamilton man accused of second-degree murder in the shooting death of an Indigenous man and the Chief of the Six Nations is calling for Indigenous members for the jury. 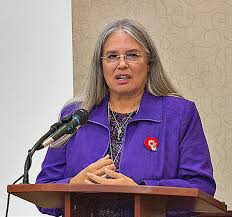 Ava Hill says this trial has echoes of the Colten Bouchie case where an all-white jury reached a not-guilty verdict in the case of a white man accused of killing Bouchie, a Cree from northern Saskatchewan.

The Hamilton case involves the death of 29-year old Jon Styres who died after an allegedly confrontation with by 26-year old Peter Khill in February 2016.

Last February, a jury in Battleford, Saskatchewan, deliberated for 13 hours before finding 56 year old Gerald Stanley not guilty of second-degree murder in the shooting death of the 22 year old Bouchie in August of 2016.