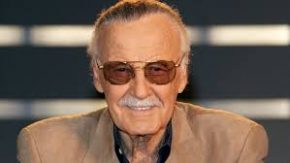 The information was revealed in court documents covering a restraining order against Keya Morgan, who in recent months has been acting as the 95-year old comic mogul’s business manager and personal adviser.

The filing accuses the 42-year old Morgan of taking advantage of Lee’s impaired hearing, vision and judgment, moving Lee from his longtime family home and preventing family and associates from contacting him.

Morgan was arrested earlier this week for calling 911 to report burglars in his house when in fact it was two detectives and a social worker conducting a welfare check on Lee.

Morgan’s arrest and ouster is the latest move in the fight over Lee’s business and estimated $50 million fortune which began after his wife of 69 years died last July.