MOST CANADIANS UNAWARE OF FUN FACTS ABOUT CANADA: HISTORICA CANADA

Canada’s history is filled with colourful anecdotes and fun facts, but most Canadians aren’t aware of them.

“There are no end of interesting people and events that people just don’t know enough about,” says Anthony Wilson-Smith at Historica Canada, the organization behind the Heritage Minutes.

His group compiled a list of 30 statements framed as Canadian trivia and asked respondents to say whether the statements were true or false.

It turns out 62 percent of those who took the quiz did not pass, suggesting Canadians are largely unaware of some interesting tales. 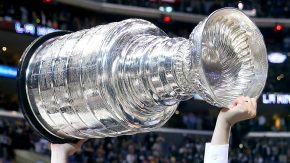 Or the time the Montreal Canadiens lost the Stanley Cup on the side of the road while changing a tire, only to find it later.

Most respondents also falsely believed Zamboni racing was included in the 1988 Calgary Olympics as a demonstration sport.

The average grade on the survey, which one-thousand people completed online, was just 13 out of 30 or about 43 per cent.