Former Prime Minister Stephen Harper appears to have blindsided the current Prime Minister’s Office in planning a visit to the White House next week. 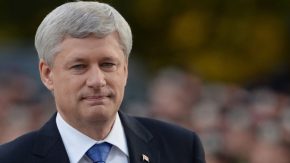 According to a CTV News report, Harper is planning to visit Washington on Monday July 2nd, the day after Canada’s retaliatory tariffs on imports of U.S. goods and American made steel are set to go into effect.

It is unclear what the purpose of Harper’s visit is and how long it’s been in the works, but it appears he’s planning to meet with U.S. National Security Advisor John Bolton, who was U.S. ambassador to the UN when Harper was Canada’s prime minister.

In planning his visit, the former prime minister has defied convention by not notifying Prime Minister Justin Trudeau or his office about the visit.

Harper has recently made a return to the international scene, commenting publicly about the Canada-U.S. relationship and the Trump Administration, some of which has been stark contrast with the current Canadian government’s policy, while other times defending Canada’s position.