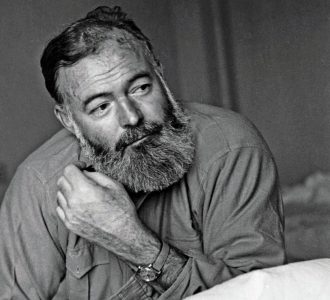 A story written by Ernest Hemingway in 1956 is being published for the first time this week – in the summer edition of The Strand magazine. The literary quarterly is known for releasing obscure works by famous authors – such as John Steinbeck and Raymond Chandler.

“A Room On The Garden Side” is a Second World War-era work of fiction. It is set in the Ritz Hotel in Paris in 1944 – right after the city was liberated from Nazi control.

The story is narrated by a man named Robert – who joins his entourage to drink wine, quote from Beaudelaire and debate “the dirty trade of war.”

Hemingway frequently drew upon war as a source of inspiration – evidenced in classic novels such as “A Farewell To Arms” and “For Whom The Bell Tolls.”