The death of Canadian movie actress Margot Kidder has been officially ruled a suicide and her daughter says it’s a relief to finally have the truth out. 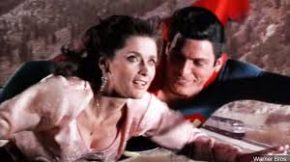 She died at her home in Montana in May at the age of 69.

A statement released yesterday by the local coroner said Kidder died as a result of a self-inflicted drug and alcohol overdose and that no further details would be released.

Kidder was born in Yellowknife, NWT, and had come out late in her career as an advocate for those, like herself, who suffered from mental illnesses.

Kidder’s daughter Maggie McGuane told The Associated Press that she knew her mother had taken here own life the moment authorities took her to Kidder’s home and added, “It’s a a big relief that the truth is out there.”  She said, “It’s important to be open and honest so there’s not a cloud of shame in dealing with this.”