It appears Aretha Franklin is gravely ill in Detroit.

Originally diagnosed with cancer in 2010, Aretha bravely battled back and refused to be knocked out by illness. Her last performance was on November 2nd of last year for the Elton John AIDS Foundation in New York.

76 year old Aretha is said to be surrounded by family and people close to her. 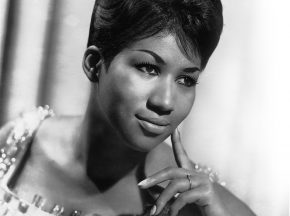 Her legacy is larger than life. Rolling Stone called The Queen of Soul the number one singer of all time