The destruction of Ai Weiwei’s “Left and Right” art studio in Beijing, may be more a sign of the times in China, than an attempt to muzzle the controversial artist. 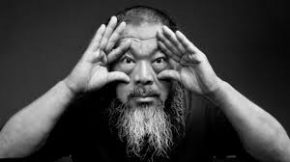 On August 4th, the studio, which Ai had occupied since 2006, was demolished with little notice, according to his Instagram posts. But, it doesn’t appear to be a political act, rather, the destruction of a low rise building to make way for the “World’s Largest Shopping Mall.”

The neighborhood was previously a tree-lined art district of low buildings that the authorities began to clear about three months ago.

The area is slated for transformation into a shopping mall which are thriving in China despite e-commerce.

The area in question is in the northeast Beijing suburbs right next to an as yet undeveloped district called “Big Wealthy Regional Park.”