People have been praying for Aretha Franklin in the Detroit church where her father was once a pastor. 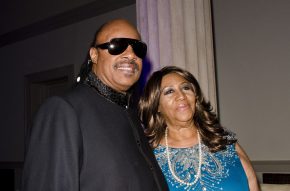 The prayers come one day after Stevie Wonder visited the ailing Queen of Soul at her Detroit home. The Rev. Jesse Jackson and Franklin’s ex-husband, actor Glynn Turman, also visited Franklin, who is seriously ill.

A person close to Franklin, who spoke on the condition of anonymity because the person was not allowed to publicly talk about the topic, told The Associated Press on Monday that the singer is ill. No more details were provided.

Fans, friends and musicians influenced by Aretha Franklin have been offering positive words to the iconic singer after news broke that she was nearing end of life, including Rod Stewart, Mariah Carey, Chaka Khan, Lin-Manuel Miranda, Tyler Perry, Missy Elliott and Wayne Brady.

The 76-year-old cancelled planned concerts earlier this year, including at Toronto’s Jazz Festival, after she was ordered by her doctor to stay off the road and rest.