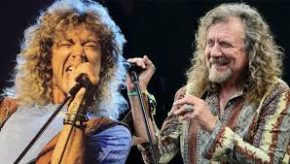 Plant, of course, is the the former lead singer for Led Zeppelin.

After Led Zeppelin broke up in 1980 following the death of drummer John Bonham, Plant launched a successful solo career.

In 2008, Rolling Stone editors ranked him number 15 on their list of the 100 best singers of all time.

In 2009, he was voted “the greatest voice in rock” in a poll conducted by Planet Rock.

In 2011, Rolling Stone readers ranked Plant the greatest of all lead singers.