STOCKS IN POT SECTOR UP A BIT AFTER AGREEMENTS SIGNED 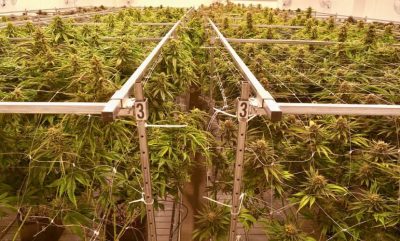 Some marijuana sector stocks are up slightly – after Ontario announced supply agreements with 26 licensed producers – in preparation for legalization of recreational pot this fall.

Smaller producers that signed initial agreements with the Ontario Cannabis Store, which will be selling pot online starting on October 17th – saw bigger increases in the volatile sector.

Ontario announced late Monday that it had signed agreements with 26 licensed producers – as well as smaller players.

Sales of recreational cannabis on October 17th will only be available through the OCS’ online retail channel initially – until the province establishes a wholesale distribution network to supply pot to legal private stores by April 2019.

The Progressive Conservative government’s new plan to have cannabis sold through a private retail model – is in contrast to the former Liberal plan – for a provincial government monopoly on cannabis sales.