The actor who played “Doctor Who” on the BBC and just wrapped up two seasons playing Prince Phillip on “The Crown,” has been tapped to join the next movie in the Star Wars series. 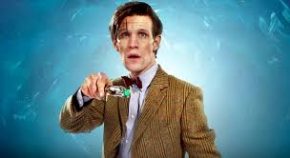 Although details are sparse, Matt Smith, is expected to play a “key role” in Star Wars: Episode IX, according to Variety.

Episode IX is the final movie in the Star Wars saga.

It is currently shooting in the United Kingdom and is set to open worldwide on December 20, 2019.