NEIL AND DARYL TIE THE KNOT 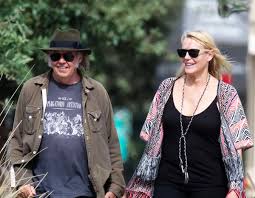 According to the UK’s Mirror, the 72-year old Canadian singer songwriter married Hannah, who is 57,  in a small ceremony with close friends Saturday in California.

Young and Hannah have been dating since 2014.

Earlier this year, she directed him in the Netflix film, “Paradox.”