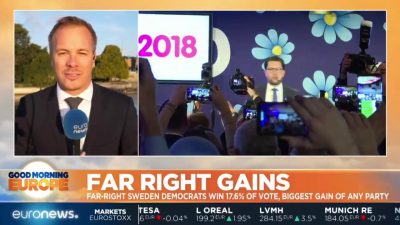 A senior German official is describing Sweden’s election, in which the governing party lost ground and a far-right party made gains – as a “turning point” for Sweden and Europe.

But he noted that Sweden has seen an emotional discussion about migration and said that “the gap between facts and perceived reality is getting ever bigger.”

Roth said “this election result is unfortunately a turning point for Sweden and Europe. Nationalist populism is still advancing, and it will complicate forming a government.”

The far-right Sweden Democrats took 17.6 per cent of the vote Sunday – finishing third.