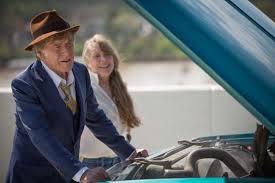 “The Old Man and the Gun” is the true-life dramedy about an unrepentant bank robber and jail-breaker determined to live life by his own rules.

It’s based on the true story of a man named Forrest Tucker who was first imprisoned at the age of 15 and successfully escaped from custody 18-times.