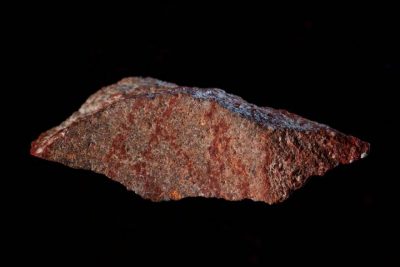 That’s because the earliest known drawing in human history has been found.

It’s a red, cross-hatched pattern that looks sort of like – a hashtag.

It was found on a rock in South Africa – and the 73,000 year old drawing pre-dates previously discovered abstract and figurative drawings elsewhere on earth – by at least 30,000 years.

The rock was found in Blombos Cave, east of Capetown – a site that contains some of the earliest known evidence of modern human cultural activity.