MACDONALD APOLOGIZES FOR 'ME TOO' COMMENTS

Canadian comedian Norm Macdonald is apologizing for defending Roseanne Barr and Louis C.K. during an interview with The Hollywood Reporter. 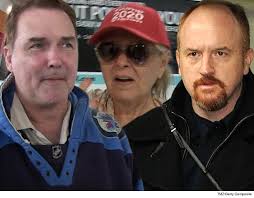 Barr, who hired the 58-year old, Quebec-born funny man to write on her original “Roseanne” series, lost her comeback series over a racist tweet.

Louis C.K.’s production deal with FX Networks ended and a movie release was cancelled after he admitted to inappropriate behaviour following allegations from five women.

Macdonald told The Reporter that people used to get a second chance when they admitted wrongdoing, but now it’s admit wrongdoing and you’re finished. He also said he was happy the MeToo movement has slowed down a little bit.

That brought social media down on Macdonald, with some suggesting on Twitter it could lead to his new Netflix show being cancelled.

In his apology tweet, Macdonald said Barr and Louis C.K. both made terrible mistakes and he would never defend their actions.