Changes are coming to performances by New York’s Metropolitan Opera. 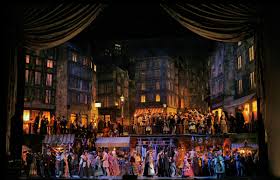 For the first time in its century plus history, the Met will offer regular Sunday afternoon performances during the 2019-20 season.

The company also plans to go dark each February beginning in 2020-21 and will open the second half of each season in March with a new production.

The Met has had slumping ticket sales in recent years, hurt by an aging audience and a shift away from subscriptions. Management thinks the move to Sunday matinees will increase by revenues by the millions. Management also believes the shift to performances later in the spring will also help revenue. February usually has a lower percentage of tickets sold because of winter weather and a drop in tourism.