CLUE TO PARKINSON'S DISEASE COULD BE IN YOUR GUT: NEW RESEARCH

Scientists have found an intriguing new clue about Parkinson’s Disease. 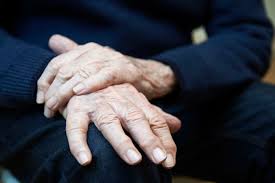 Researchers at Michigan’s Van Andel Research Institute have discovered that people who had their appendix removed early in life had a lower risk of getting the tremor-inducing brain disease decades later.

A peek at surgically removed appendix tissue shows this tiny organ, often considered useless, seems to be a storage depot for an abnormal protein.

But lead researcher Viviane Labrie says there are plenty of people who have no appendix, yet still develop Parkinson’s. And plenty of others harbour the culprit protein, she explains, but never get sick.

Doctors and patients have long known there’s some connection between the gastrointestinal tract and Parkinson’s.

Constipation and other GI troubles are very common years before patients experience tremors.