Zoomer legend Barbara Streisand is out with her new album today and it takes aim at Donald Trump. 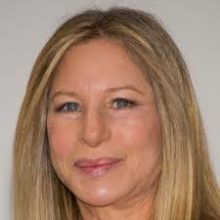 The Album is called “Walls” and features a song called “Don’t Lie to Me” which calls out the U.S. President for his habit of stretching the truth and outright lying.

Streisand is a staunch Democrat and the second legendary Zoomer this week to come out against Trump, just ahead of next week’s U.S. mid-term elections.

As we reported Wednesday Carole King has also joined the protest with a reworked version of her 1977 classic “One.”