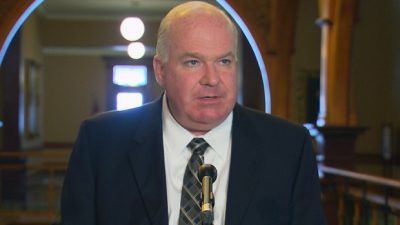 Some shocking news from Queen’s Park…

Government House Leader Todd Smith will take over the portfolio in the interim.

Wilson is 55. He represents the riding of Simcoe-Grey on Georgian Bay.

He was first elected in 1990. When the Progressive Conservatives swept to office in 1995, Wilson was appointed Minister of Health – and later became the Energy, Science and Technology Minister.