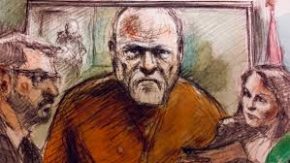 McArthur is accused of killing eight men with ties to Toronto’s gay village.

The 67-year-old self-employed landscaper was arrested last January and last month was ordered to stand trial after waiving his right to a preliminary hearing.

Police found the remains of seven men in large planters at a property where McArthur had worked. The remains of the eighth person were found in a ravine behind the same property in midtown Toronto.