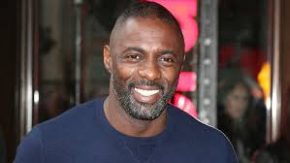 The 6-foot-3 star of the television series “The Wire” and “Luther,” was revealed as this year’s winner Monday night night on the “The Tonight Show Starring Jimmy Fallon.”

Elba told the magazine, in an issue out this Friday, that the honour came as a surprise, giving him a bit of an ego boost.

Elba is the son of African immigrants who grew up in a down-market part of London.

The Member of the Order of the British Empire, famously played Nelson Mandela in the biographical film “Mandela: Long Walk to Freedom.”