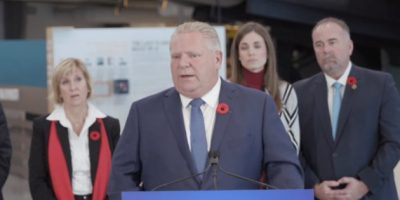 Premier Doug Ford says he would have fired a senior cabinet minister if he’d refused to resign – after being accused of sexual misconduct.

The premier’s office had originally said only that Wilson left to seek treatment for addiction issues – but the premier says he did not disclose the full story because the person who made the allegation asked him not to alert the media to the story.

During an appearance in Trenton, Ford commended the accuser for having the courage to come forward – and said that person’s wishes trumped the media.