TOO MUCH CHRISTMAS MUSIC IS BAD FOR YOU

Researchers have concluded that while there is no avoiding the sights and sounds of the Christmas season, there is a psychological price to pay for repeated exposure to Christmas music. 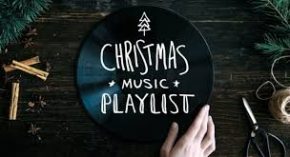 Spotify reports that listening spikes during the last two months of the year and Michael Bublé’s “Merry Little Christmas” and Bing Crosby’s “White Christmas” are the most streamed tunes.

But researchers have identified what’s known as the “exposure effect.” While listening to yule songs may originally spark nostalgia and get you into the holiday spirit, hearing it for the millionth time can lead to annoyance, boredom, and even distress. Apparently the brain becomes over saturated and the constant inundation of cheerful holiday tunes may actually increase stress instead of relieving it.

Studies also show that wintry scents like pine and cinnamon help conjure happy emotions, so you may want to recruit other senses when celebrating.

If all else fails, maybe Santa will put ear plugs in your stocking.