One of the founding members of the Electric Light Orchestra has died from cancer at the age of 65. 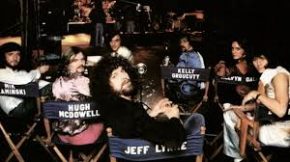 News of his death was confirmed after friend and fellow ELO cellist Melyvn Gale posted a statement on his private Facebook page.

McDowell was born in London in 1953 and was classically trained at the Royal College of Music and Guildhall School of Music and Drama.

After leaving the band, McDowell continued to play classical music and worked on arrangements for films and theatre projects.