Researchers in the U-K says a five-minute scan could be used to spot people at risk of dementia before symptoms appear. 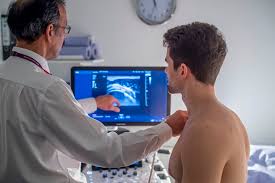 Scientists used ultrasound scanners to look at blood vessels in the necks of more than 3,000 people and then monitored them over the next 15 years.

They found those with the most intense pulses went on to experience greater cognitive decline than the other study participants over the next decade.

An international team of experts, led by University College London, and co-funded by the British Heart Institute, discovered that a more intense pulse can cause damage to the small vessels of the brain, structural changes in the brain’s blood vessel network and minor bleeds known as mini-strokes.

Researchers said the test could provide a new way to identify people who are at risk of developing dementia, leading to earlier treatments and lifestyle interventions.