In the wake of the death of comic legend Stan Lee, we are learning more about a Canadian-set TV series about an indigenous cop, that Lee had championed in his final years. 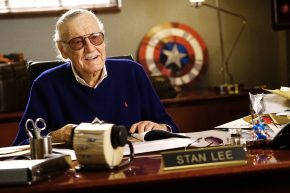 Kevin Gillis, the creator of the animated series “The Raccoons” says he was working with Lee on a live action version of an unrealized comic book idea that was near and dear to Lee’s heart.

His show was called “Stan Lee’s The Chosen.”  The concept revolved around an Indigenous man who left his reserve for a job as a Toronto police officer. When the cop’s father dies, he learns that he’s next in line to be a shaman and has powers inherited from his ancestors.

Gillis says that Lee wanted the storyline to explore the man finding a new connection with his heritage — and thought Manitoba-born actor Adam Beach was ideal for the role.

Lee died yesterday at the age of 95