The City of Toronto has set a grim new record for the number of homicides in a year. 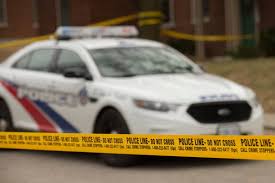 A man shot to death in Scarborough yesterday is the city’s 90th murder victim of 2018, breaking the old record of 89 set back in 1991.

The latest victim, a man in his 30’s, was killed Sunday in an apartment building in West Hill.

The other victims range in age from a 3-week old baby to a 94-year-old woman.

The alleged killers include family members, strangers, youth as young as 13 and some perpetrators who are still unknown.

The violence prompted an outcry from community groups and activists, citing an urgent need for services and resources to address the root causes of crime. The violence also prompted the deployment of 200 additional police officers onto the streets this past summer.