GUESS WHO MATERIAL SAVED FROM THE DUMP

A treasure trove of tapes by the Guess Who and Randy Bachman are safe in a Winnipeg Museum after being rescued at the last minute from the trash man. 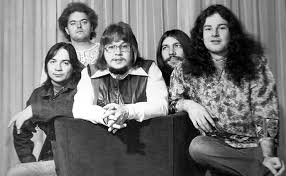 Boxes of tapes, marked “the 70’s” were apparently owned by a former Guess Who employee who stored them in his sister’s garage for what turned out to be ten years.

The were saved as they were about to be thrown into a dumpster and speculation has it there may be some unfinished songs from the legendary Canadian band.

The tapes are now safely in Winnipeg’s St. Vital museum with a collection of other Guess Who memorabilia .