Total health spending is expected to add up to $6839 for each Canadian this year, over $200 more per person than what was spent last year. 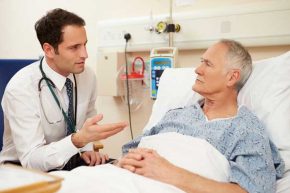 A report has been released by the Canadian Institute for Health Information which reveals healthcare costs per person are highest in Alberta at $7552 and lowest in Ontario at $6584.

The largest share of health dollars this year goes to hospitals at 28.3 percent, then drugs at 15.7 percent and physician services at 15.1 percent.

As for costs of prescription drugs, a separate report reveals that 42.7 percent of prescribed medicine spending will be financed by the public sector in 2018. And the top three drug classes are used to treat rheumatoid arthritis and Crohn’s disease, hepatitis C and age-related macular degeneration.