The record is finally being set straight, 200-years after the fact. 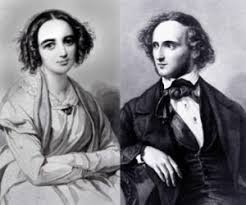 It is now confirmed that Felix Mendholsson has been credited for the musical works of his sister Fanny.

In fact, she wrote a piece called “Easter Sonata” which was confirmed to be her work and not his in 2012.

Felix was a German composer, pianist and organist who wrote symphonies, concertos, oratorios, chamber music in the early to mid 1800s, a time when women’s works were mostly attributed to men.

It is said that Queen Victoria named one of Felix Mendholsson’s compositions as her favourite when in fact it too was written by his sister Fanny.