Spending on Thanksgiving and Black Friday were good for the American economy but nowhere was that felt more than on Broadway. 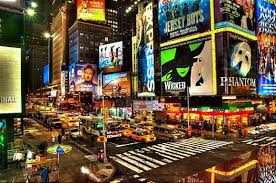 The Great White Way has its best Thanksgiving week in history, grossing $43 million; a 10% increase over last year.

“To Kill A Mockingbird” not only sold out its 7 performances but scored more than $1 million in ticket sales and it is still in previews.

Other productions that did well; “Harry Potter and the Cursed Child” which set a new high for weekly ticket sales at 2.3 million. “Frozen,” “Mean Girls,” “Network,” and “King King” also scored personal bests.