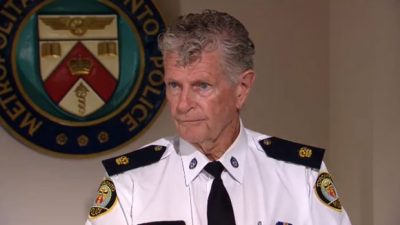 A veteran Toronto police officer has been named the next commissioner of Ontario Provincial Police.

Supt. Ronald Taverner will take over the post on December 17th – according to a news release from the provincial government.

Taverner succeeds Brad Blair – who held the commissioner’s post on an interim basis – after the retirement of Vince Hawkes earlier this month.

The province says Taverner began his policing career in 1967 and has worked in intelligence, organized crime and community policing – over a career spanning more than 50 years.

He’s currently the unit commander of three divisions within the Toronto Police Service.

Toronto Police Chief Mark Saunders says – after serving for over 50 years – there are few people who will leave behind a legacy so rich in community service.

Community Safety Minister Sylvia Jones says Taverner was appointed the next OPP commissioner by the provincial cabinet – based on the unanimous recommendation of a selection committee.